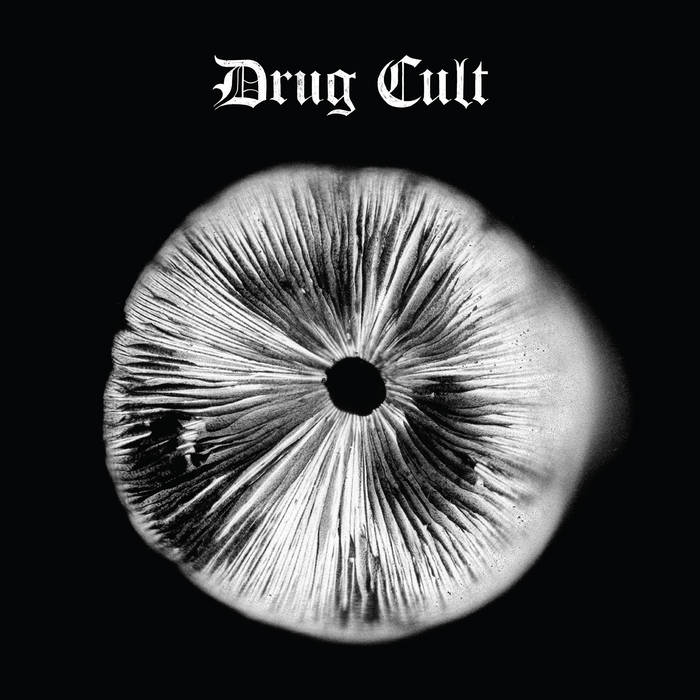 Ritual Productions expands its roster with the signing of Drug Cult, a four-piece occultist doom collective whose debut self-titled rite beckons to see light of day.

The catalyst of the cult is the bands history of art, punk rock, hardcore, doom, psych and metal influences which instinctively fused together; forming a channel of cohesive vibration. Their elemental craft has been brewing since April 2015 when the four close friends gathered on a Blood Moon Lunar Eclipse for a “Megaritual” ceremony, shaping the vision of a heavy celestial voyage through atmospheric sound connection.

The result is a 9-track vortex of majestic heaviness laced with an evocative psychedelic haze, whereby classic melodies meld with fuzz-drenched riffs cultivating an enticing potion of technicolour wickedness. Although a grooving heavyweight tone drives throughout the rite, a darkened presence is forever evident, hexing you into Drug Cult’s realm.

The band's debut offering was recorded live at Rocking Horse Studios, Byron Bay during December 2016, with George Carpenter at the recording and production helm and mastered by Brian Lucey of Magic Garden Mastering.